Very rare is the last time that this aircraft became attention. You will see the Antonov 22 UR-64460 on her final flight to a museum in Germany. First attempt with overshoot, final landing and transport into the museum. This video includes not only landings and take off at an Soviet Airbase and ramp footage at Amsterdam airport, but also detailed shots of the cockpit and interior of active An-22’s.

Footage of Speyer on this video is not from the Elementbuch Video but filmed next to the runway during arrival in Speyer, without public and fences! Only own, high quality footage used in this edition. 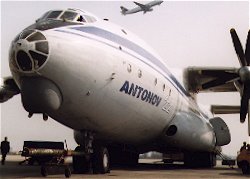 Five different Antonov 22s. Have a look at worlds largest propeller aircraft ever in service! You will see this magnificent airplane in action at a Russian Air Force base in the GDR. Arriving, loading and departing from Amsterdam Schiphol airport and in Speyer, Germany. 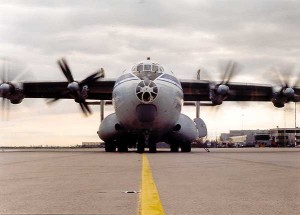 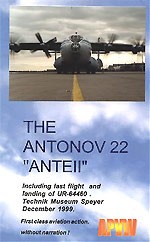